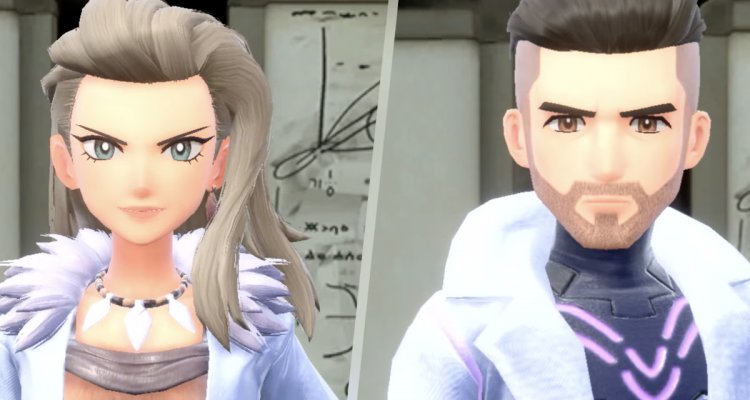 A few days ago a new trailer for Pokémon Scarlet and Violet which unveiled various novelties of the two ninth generation games coming to Nintendo Switch. One of them is that, depending on the version, players will be led by a different professor: Olim in Scarlet and Turum in Violet. However, according to some fan theories, the two characters could actually be the main antagonists.

First, as noted by the Bulbapedia Twitter account, it is the first time in the history of the main series the two alleged Pokémon professors. they don’t have a name that comes from plants, as opposed to Oak, Elm, Birch, and all the other Pokémon geeks who have appeared in the past. Rather, the name “Olim” (or Sada in the English version) seems to refer to something ancient (and in fact the woman wears primitive clothes), while “Turum” (or Turo in the English version) refers to “future” (and indeed the clothes she wears are futuristic).

Thanks to this detail, various theories were born. Some say that one of the two professors will actually be themain antagonist depending on the version (Olim in Violet and Turum in Scarlet) in a sort of ideological clash between tradition and innovation.

Others claim that in reality both are bad and that a third good professor with a classic name linked to the world of plants. It also doesn’t help that the design of the two characters does not return the classic charisma of a “Pokémon professor”.

Obviously these are just speculations and theories of the network, so we invite you not to give too much weight until the release of the two games, where we will actually find out the truth.

However, there is another theory very popular on social networks and absolutely credible according to which Turum is actually the Giga-Chad in disguise:

We remind you that Pokémon Scarlet and Violet will be available exclusively for Nintendo Switch starting from November 18, 2022.