Milestone and Dorna WSBK Organization announced SBK 22the new chapter of the official simulation dedicated to the Superbike world championship, with a trailer which also announces the exit date set for September 15, 2022 on PlayStation 4, PlayStation 5, Xbox One, Xbox Series X | S and Steam.

SBK 22 brings the world of SBK Championshipover ten years after the last release of SBK Generations, the tenth game in the series developed by Milestone and started in 1999 with the Superbike World Championship.

The new game recreates the experience of the Motul FIM Superbike World Championship with simulated gameplay and environments that reproduce the circuits of reality, in addition to the official licenses on riders and motorcycles.

Milestone’s idea is therefore to propose a perfect replica of what happens in reality, characterized by events calendar, official rosters and box environments with realistic effects and models. Players will put their skills to the test by competing as their favorite riders on the thrilling official SBK tracks.

The guidance system proposes a physics advanced and a model also developed in collaboration with the factory riders, offering a certain level of realism both in terms of the bike and the behavior of the riders.

There Career mode offers several ways to improve and customize the performance of riders and bikes, from staff management to advanced setup, thanks to which players have full control of the bike’s settings by developing the Development Tree. Managing the staff also means hiring different professionals, from the Personal Manager to the Chief Engineer, without forgetting the fundamental Telemetry.

L’Development Tree is structured in different areas, each of which requires a specific number of research points to be unlocked. These points can be earned passively through the work of engineers or actively by players by completing specific tasks on the race weekend.

Other new features include tire management, fuel management and bike weight balance. The system of artificial intelligence ANNA System based on neural network and machine learning, should also offer gameplay tailored to the player, controlling opponents based on their personality and training them by analyzing data and performance. “At the highest level, the skill level of the opposing pilots is not unlike the real one.”

There is also an extensive editor that allows players to customize many aspects of their SBK 22 experience. Sticker, helmet, number and butt patch are the editors dedicated to riders and motorcycles, while Fiction Team is completely dedicated to creating a team of fiction by customizing its livery and style.

Also expected the multiplayer up to 12 players. Multiplayer Flow is customizable by choosing whether or not to add the typical Tissot-Superpole session before a race, not to mention the ability to modify every single race with customized settings and rules. 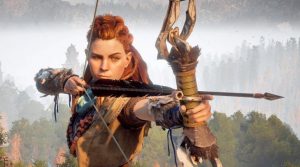