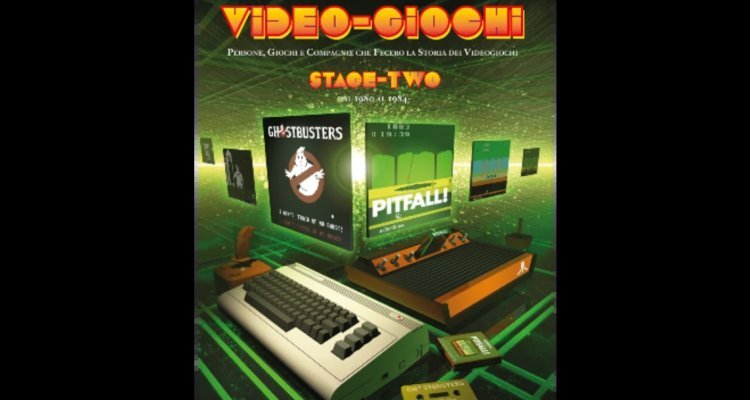 Video game historian Andrea Contato has launched the IndieGoGo campaign of the second volume from Video gamesa work divided into five parts that tells the story of our medium in an interesting and complete way, starting from the games and the most representative characters.

The campaign also includes the review of the first volumeto which various contents have been added and some chapters of which have been revised.

Let’s read how the work is described on the campaign page:

This project was born from the collaboration with Mauro Corbetta and the Retroedicola Videoludica cultural association of Bergamo, which for many years has been involved in promoting the Culture of the Videogame, focusing on the research, collection and cataloging of all video games and related products.

My name is Andrea Contato and I am a non-fiction author, researcher in the history of videogames and computer science, as well as author of Through the Moongate: the story of Richard Garriott, Origin Systems Inc and Ultima, an essay that has received a certain level of appreciation. worldwide, published in Italian, English and, in September this year, in Russian.

Video-Giochi is our next project, a work that traces the history of video games from its origins to 1999, treating both computer and console games, both arcade and handheld devices. With particular attention to the human aspect, to the history of the people engaged in their creative endeavor and to the evolution of technology and design choices, Video-Giochi is based on an in-depth ten-year research of direct and indirect sources and dozens of interviews. unpublished and specially created to provide the work with new and detailed information.

Video-Giochi is made up of five volumes and the first – Stage 1 – was published in October 2021. Here you can find the provisional plan of the work and a preview chapter for evaluation.

With this crowdfunding operation we intend to finance the printing and publication of the second volume, Stage 2, giving taxpayers the opportunity to access reserved rewards and possibly, for those who discover the work now, to recover the first volume with the appropriate Perks.

There required amount to make the volume become a reality it is quite contained, given that we are talking about € 3,000. The basic contribution, to have the book in ebook format, is 10 €. The higher contributions also make it possible to obtain the first volume, in digital or paper format, as well as the two volumes from which the work “Through the Moongate” is composed, in which the story of Richard Garriott and his Origin Systems is told.